One of my grandsons, Peter, put this on his Facebook page on National Cerebral Palsy Day last week. He will be celebrating his 21st birthday next month, and  we are, as you can imagine, very proud of him, and I asked his permission to share this.

I was in two minds about telling this, mainly because I don’t like going back on this stuff I’ve lived through. But, I sometimes feel that people don’t get why I do certain things that others consider annoying or problematic. Lemme’ start from the beginning. People say they struggle to remember when they were really young and that they wish they could. To me, I was fine with not remembering, and here’s why. When I started walking, my family weren’t filled with joy or happiness, instead they were scared that I was walking on my “tippy toes” and that something was wrong. Turns out it was. I got taken to hospitals, doctors, physiotherapists and I was finally diagnosed with a disability called cerebral palsy. I don’t remember being diagnosed, but I remember being a kid who grew up knowing that the only way to walk was on my “tippy toes.” Yeah, it’s weird isn’t it? I thought everyone else were the weird ones for walking on their flat feet. But, I was the odd one. I got to about 6/7 when I began to understand what was wrong with me. However, I didn’t understand why I had to go through all the things I did as much as I do now. My Mum, Dad and I went up to London to see a specialist who told me that I was going to be in a wheelchair by the time I was 16. Imagine hearing that as a kid? I genuinely didn’t feel like doing anything after that. I would be the kid finishing secondary school in a wheelchair, or so I was told. This was when the process of trying to prevent this started to begin which was one of the darkest times of my life. I had to endure weeks of different tests that were done on me. I had casts put on my legs for weeks, a night cast which was designed to painfully bend my ankle into shape, injections, scans, physiotherapists stretching my ankle which was so painful. I had times when I would be knocked out, “experimented” on to see what the problem was, and then wake up on the sofa at home with no clue what happened. At times I would cry and hug my mum simply saying “take it off, it’s so painful” or “why me, mum?”

Was all this for a good cause? I would love to say yes, but no it wasn’t. All of this did nothing in my opinion (even though it probably did somehow). From then on, other problems in life began to occur and I had that to deal with. Whilst handling this I also had to keep up with fulfilling a childhood and living a life. I would do all the things kids had to do when they’re kids such as school and all that jazz. Then I had to come home to doing stretches, special exercises which were again, so painful. This was every night, it wasn’t like a diet where you can have a bad week and make up for it with 2 weeks good eating. That week could’ve been the reason I got worse.

Just to add some background, I did primary school, where my class mates would look at me weirdly; not because of my disability, but because they didn’t understand my disability. I could never be the “football guy” even though I loved playing it. I used to get frustrated watching kids run and do mad skills whilst I would struggle to walk without tripping up every few minutes. However, secondary school came around and this happened again. I used to get severely bullied and picked on due to this disability. At the time I was an overweight kid, so that also didn’t help. People would rugby tackle me to the ground and would watch me struggle to get back up only to find it was repeated again and again. When it got to Years 8 and 9, I began to change myself and fight back. I endured years of this disability trying to dominate me, now it was going to take years of me fighting it. No matter what happened, I was never going to give up. Nobody was going to tell me I wouldn’t be able to do something and I was going to beat it. The fight was on. I would do the stretches with extra effort everyday until I got better and better with a positive attitude, despite the odds not looking as if they were in my favour.

Life seemed to turn around, I got better at walking and learned to cope with it. My peers began to understand more and they saw me as a friend rather than as “that guy who walks funny.” In Years 10 and 11, I focussed on my body and how I could improve that. I dieted, went to the gym, exercised any way I could. The weight suddenly dropped and I became slimmer and slimmer, to the point where I was madly loving my body! This wasn’t due to how good it looked, or me bragging, but because I thought I’d never see myself look like it. At one point I weighed nearly 17 stone. In 6 months work I dropped that down to 13 and a half to 13 stone. I became so happy! When I was 16, due to all my hard work and the determination, I went for another check up. I told them how I felt; I said that I thought everything they did was a waste of time and that they made me go through so much pain that I didn’t deserve. I got checked and I got taken off the list as having a “registered disability” due to my progress. I went up from being 3 on the scale to a 9 on the scale. The true reason for this; and therefore the real cure to this I felt is finding the right mind set. If you tell yourself it’s not beating you; then it isn’t beating you. I personally think it’s never too late to put things right. Nobody else takes this credit apart from me. My family supported me so much and they pushed me, but at the end of the day it was always up to ME to decide for myself how I wanted to live with this. I had never been so happy; but weirdly in the same way I felt a little upset, which I’ll explain why in a minute. However, I went on to getting the same feeling of having a life that I should’ve had ages ago. I got into relationships, which were happy ones that even to this day I never regret. I made friends, I even learned to drive. I passed my GCSEs, passed my A Levels and then did a gap year as a Learning Support Assistant, which I loved as I saw it as a chance for me to give something back. I am now at University studying Film and Television, I gym 5 times a week, eat healthy and maintain my body also. I became independent, moved away from home. I was an adult. It’s all scary stuff but I’m loving every second of it.

You remember me saying that I felt upset when I found out I no longer had a registered disability? Well, I know what you’re thinking, why the hell is he upset? Why after all that moaning, isn’t he relieved?

The reason is simple, everything I am, the person I have become, the things I want to do, the people I love and care for…I owe to this disability. I became a better person from it. I spent ages improving it, but it turns out I was finding a way to live with it. This disability is with me under my terms. Not the other way round. This disability, not registered, still lies in me. Whenever times are tough, and oh god they are believe me, there are times when I feel like laying in bed and not wanting to get out because I’m so exhausted. When this happens, I just think of what I went through and how I overcame it. That is what gets me out of bed. That is what makes me want to face each day.

I could go on about how happy I am right now, the friends I have, my family and everything else, but I think you get the idea. The thing is, sometimes not giving up is all you have in life, and even if this is the case, harness it, embrace it and never ever let whatever is hurting you defeat you. It’s not about finding the correct medicine, operation or whatever. In my point of view, it’s about having the right mindset. And yes, I still get very exhausted from my disability, it still effects me. When my mates ask me to go out for a night of clubbing I do have to say no most of the time, not just because of work, but because I am actually exhausted, but I learnt to give myself time to rest, even though right now I feel like taking on the world! As I said before, this is why I worry it gets annoying and problematic for people as I feel that when I say no, it’s because of them or because I don’t want to be seen around them. Believe me, when I say no, it’s for my future benefit. As much as I would love to do everything people ask me to do such as going out, shopping and everything else, I have to respect my energy levels which I think I’m getting used to doing.

I hope this story and explanation gives answers to a lot of questions and explains a lot to people about me. My tiredness isn’t from my disability effecting me. It’s from me not letting my disability effect me. If you don’t believe me, here’s me now with all the work I did. It’s me when I was 16, and me now when I’m 20.

If you’re suffering, facing the worst, please don’t bottle it up. Fight for your chance to live a life you’ve been given and for a life you deserve. It’s the best thing I’ve ever done. It’s never easy, no one said it was, but you can do it.

I haven’t made the pain go away, I’ve just made some room for it. 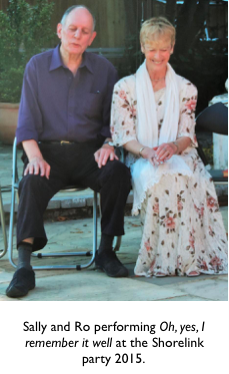